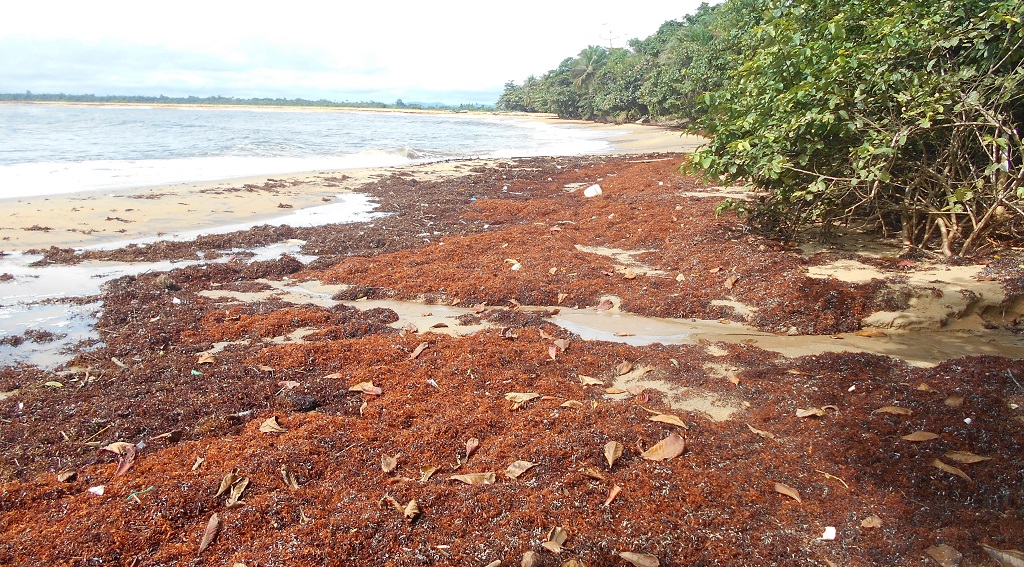 Liberia has a coastline of about 560 km (350 miles) and about 58% of the country‘s population live along the coast. With an area of continental shelf of about 14, 894 square kilometres and territorial seas of up to about 159,200 square kilometres, this coastline annually produces about 7616 metric tonnes of fish and about 126 metric tonnes of molluscs and crustaceans. The coastal belt consists of swamp related vegetation, which includes mangrove forests and savannah woodland related vegetation that extend up to 25 km inland.

Marine and inland fisheries and aquaculture are the two main components of the Liberian fishery system. Marine fishery accounts for most of the fish catch of the country. The continental shelf provides habitat for various species of fish and crustaceans such as tuna, mackerel, shrimp and lobsters. The continental shelf covers 70,000 sq. miles, but it is of irregular shape. Artisanal fisheries cover about 20,000 km2 of fishing grounds. This sector accounts for a workforce of 10,000 people, including full time, part-time, sport fishermen and fishmongers. The pelagic and some demersal fish species that are being exploited are Sardinellas (Sardinella maderenensis and Sardinella aurita), Chub or Spanish mackerel (Scomberja ponicus), Bonga (Ethmalosa fimbriata) and Anchovy (Engraulisecncrasicolus). Species of the Carangidae and Thunidae Families are also recorded. Other important demersal fish group exploited by marine artisanal fishers belongs to the Sparidae, Pomadasidae, Scienidae and Serranidae Families. Large quantities of crustaceans, particularly shrimps and lobsters, are also exploited.

The Bureau of National Fisheries (2013) reported that a National Fishery Policy was being developed under the FAO supported regional fishery capacity building project. The identification of Marine Protected Areas is now a high agenda issue of the Government of Liberia. An Artisanal Fishing Craft Registry has been set up, and regulations developed. In 2017, approximately 6000 artisanal crafts had been registered. Artisanal fishery provides livelihoods for approximately 33,000 full-time fishers and fish processors in the coastal counties and there are an estimated 3,473 canoes operating in the waters of Liberia with only 8% motorized.

The industrial fishery is a high capital investment venture that uses fishing trawlers and cold storage facilities. There are 14 fishing companies operating in Liberia. Six companies are exclusively engaged in the importation of frozen fish from the high sea, eight are operating 27 fishing vessels with a combined gross registered tonnage of approximately 4,000 tonnes. The employment of Liberian nationals in industrial fishery is estimated at 75%, representing 28% of the total employment in the fishery sector. Foreign nationals presently dominate ownership in industrial fishery. Fish farming in Liberia is largely subsistence and about 3,561 fish farmers nationwide are engaged in some form of fish culture on a part-time basis. Four hundred and forty nine (449) fish ponds of various sizes with a total area of 17.47 hectares are operating in 159 communities around the country. Most of these ponds have been dormant since 1990 and are now being rehabilitated. A total of 704 women are participating in aquaculture (NBSAP Inventory & Stocktaking Report 2013).