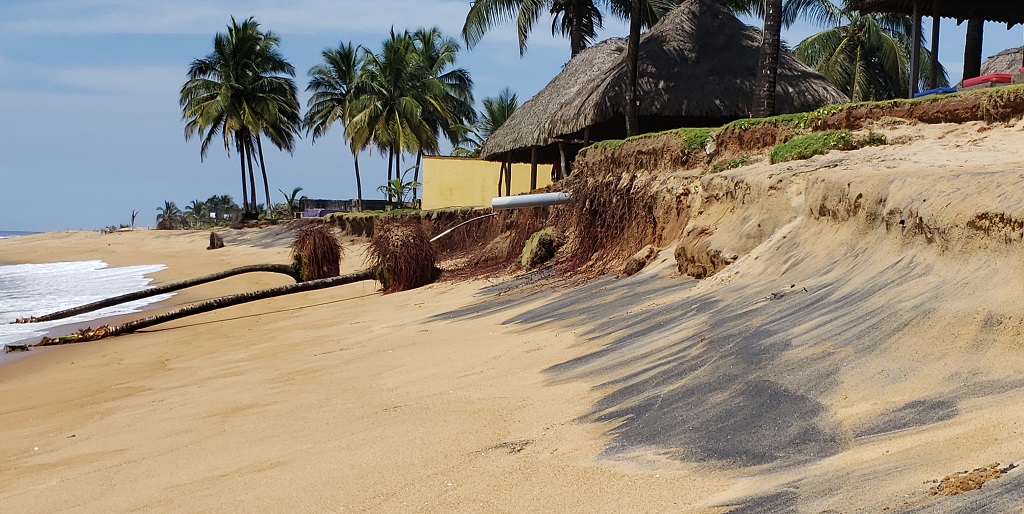 Liberia is located on the west coast of Africa, (latitude 6.4280548 and longitude -9.4294987) and occupies a land area of approximately 111 370 km2 of which 96 160 km2 (86 percent) is dry land. The rest, 15 210 km2 and constituting 14 percent of the surface area, is covered by water. It shares borders with Guinea to the north, Côte d’Ivoire to the northeast and east, Sierra Leone to the northwest and the Atlantic Ocean to the south and southwest, with a coastline of about 520 km in length.

The climate of Liberia can be summarized as follows: rainfall ranges from about 1 700 mm in the north to > 4 500 mm in the south; temperature 24–28 ℃ relative humidity 65–> 80 percent; sunshine duration 2–8 hours/day; evapotranspiration 3.0–4.5 mm/day. The wind conditions are described as generally mild. The topography comprises mainly flat to rolling coastal plains running into some interior plateaus and then mountains in the northeastern part of the country. The country is made up of four physiographical units: coastal plains (0-100 m), interior hills (100–300 m), interior plateaus (300–600m) and the mountainous areas (> 600m). The country has nine major river systems, all of which are perennial, and run in a northeast to southwest direction into the Atlantic Ocean, draining about 66 percent of the country and taking their sources from neighbouring Sierra Leone, Guinea or Côte d’Ivoire. There are also short coastal water courses, draining about 3 percent of the country. The total renewable water resource is estimated at approximately 232 km3/year, making Liberia one of the African countries with the highest per capita renewable water resources, about 71 000 m3/year.