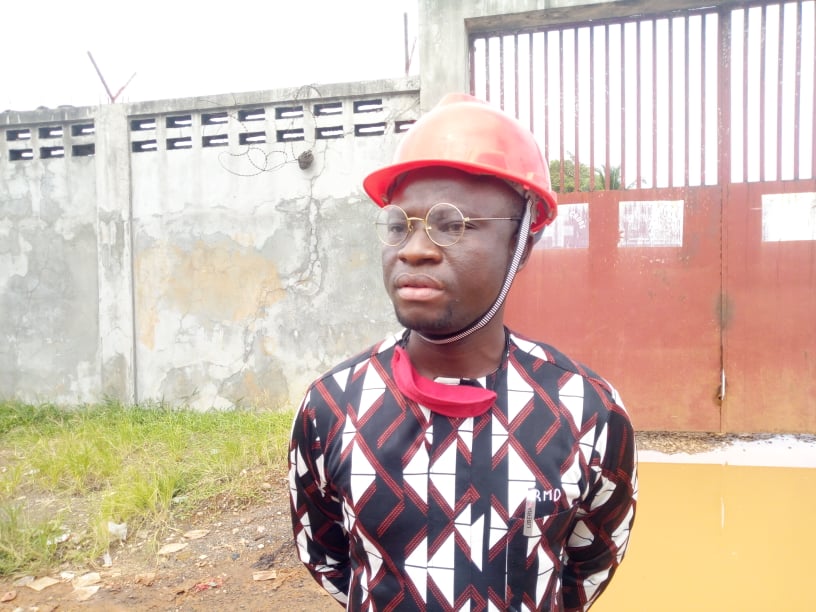 The Environmental Protection Agency (EPA), in compliance with its duty and as part of campaign to arrest environmental degradation and abuse, has shut down two unknown companies that it says were illegally extracting groundwater in huge commercial quantities in Sinkor without permits.

According to Dobayou, the companies were operating without names and documents that gave them permission.  “You walk in their facilities, you will see no name for these companies,” said the EPA Acting Director.

He said it is a breach of the Environmental Law for companies to operate an industrial project within a residential zone without an environment management plan.

Dobayou indicated that a project of such nature requires an environmental impact assessment study as provided for in Annex One of the EPML.

The companies, according to him, were also involved in unbearable noise via the unregulated movements of huge water tankers in residential areas.

He pointed out that a team of Environmental Inspectors were disallowed entry to access one of the facilities situated on 18th Street, Sinkor, on May 26, 2020 on ground that the manager of the facility was not available to grant any permission, noting that the refusal to grant access to Environmental Inspectors is a violation of Section 95 of the EPML.

Enforcing the closure order at one of the unregistered company on 18th Street, EPA Inspector General, R. Baiyezeneh Brown said “This halt order is therefore issued to your entity due to its gross violations and disregard to the EPA.”

He asked the company’s management to proceed with the relevant environmental studies before operation; threatening that failure to adhere will lead to stringent actions consistent with the EPML.