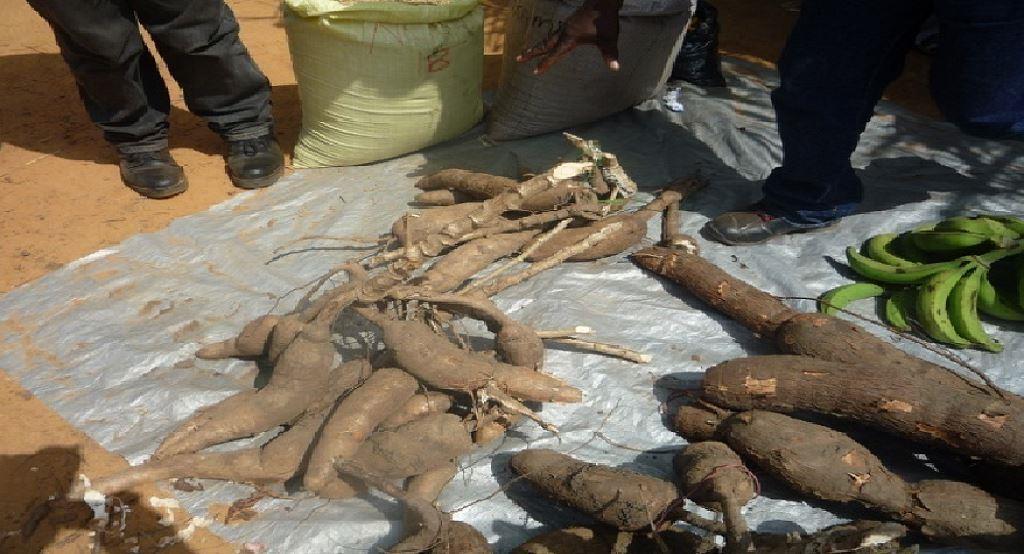 Most agricultural activities take place in the northern and central parts of the country, especially in areas with rolling hills and northern highlands. Here rice and vegetables grow well. Oil palm development is taking place in the region between the coastal plain and the rolling hills.

Biodiversity in agricultural systems: The agro-ecosystem of Liberia contains four major zones – (i) The coastal plains; (ii) Hilly zone ;(iii) Mountain and plateau zone; and (iv) The northern highland zone. The agriculture biodiversity of the nation encompasses rich flora and fauna population which is characterized by domesticated plant and animal species, soil micro – organisms, pollinators, pests, wild relatives of domesticated crops and animals as well as plant and animal genetic materials including varieties, hybrids and different types of germplasm. In 2004 the major crops grown were rice, cassava, maize, oil palm, cocoa, coffee, rubber and sugar cane. The Asian rice species (Oryza sativa) and the African species (Oryza glaberrima) are the two rice species grown. Oryza glaberrima is nowadays rare. Twenty-two aquatic varieties (19 exotic and 3 indigenous) and thirty-two terrestrial (25 exotic and 7 indigenous) are available. Nearly all the exotic varieties were brought from the West African Rice Development Association (WARDA). About 90% of the locally produced rice is grown in the upland in lithosols which account for 75% of Liberia‘s total landscape (Larbi 2010).The four major groups of soils in Liberia and the most productive type among them are discussed under ―Traditional agriculture production system (Section 4.4.2).

Livestock production in Liberia has always been the least prioritized as compared to crops. The industry plays a minimal role in Liberian agriculture. The Ministry of Agriculture reported in 2013 that animal rearing in Liberia is still not well institutionalized. Most of the livestock and poultry enumerated during the period under review were produced in the backyards of the traditional farmers. The modern segment comprises a number of firms, prominent among which are the Firestone Plantations Company, Cavalla Rubber Corporation, Liberia Agricultural Company, Cocopa Rubber Corporation, Weala Rubber Corporation, which employ huge labor. Currently, the modern sector is expanded to include both rubber and oil palm monocultures. Weala is merged with German Camp to have what is now Sallala Rubber Corporation. Others include Sime Darby, GoldernVeroleum, Equatorial Biofuels and the Sifca Group.