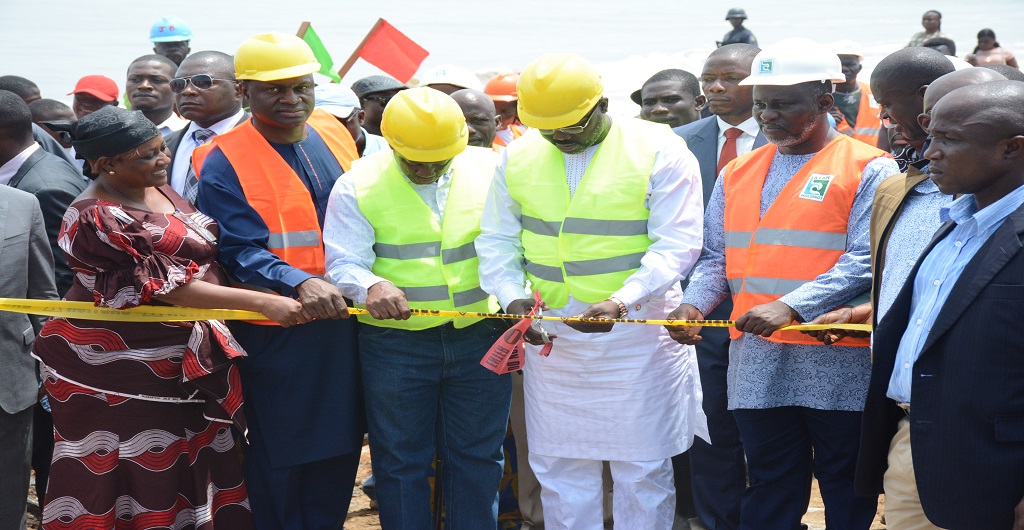 Coastal areas in Liberia are highly vulnerable to the consequences of climate change. A large proportion of the coastal community lives in temporary and poorly constructed housing with little protection from rising sea levels or storm surges. Many live on very low lying land, often in unplanned, illegal settlements and with the expected rise in sea levels as a result of climate change, combined with increasing storms and sea-surges with significant negative impacts on the lives and livelihoods of people in coastal areas. Already, major economic sectors like fishing and farming are seriously affected as a result of increasing displacement of people caused by flooding and other climate change related disasters.

The Enhancing Resilience of Vulnerable Coastal Areas to Climate Change Risks in Liberia (Coastal Project for short), is aimed at helping coastal communities in three counties develop defensive mechanism against the effects of climate change. The project, launched by the United Nations Development Programme and the Government of Liberia in 2010 aims to reduce vulnerability and build resilience of local communities and socio-economic sectors to withstand the threats of climate change in Liberia’s coastal areas. The project is implemented in three counties, hard hit by the effects of climate change – Grand Cape Mount, Montserrado and Grand Bassa.

The project demonstrates how low-cost, low-technology sustainable measures can be adapted to address the effects of climate change in the Liberian context. Through the Coastal Project, the selected communities showcase sustainable methods of community protection against rising sea levels, storms as well as how to manage coastal ecosystems.