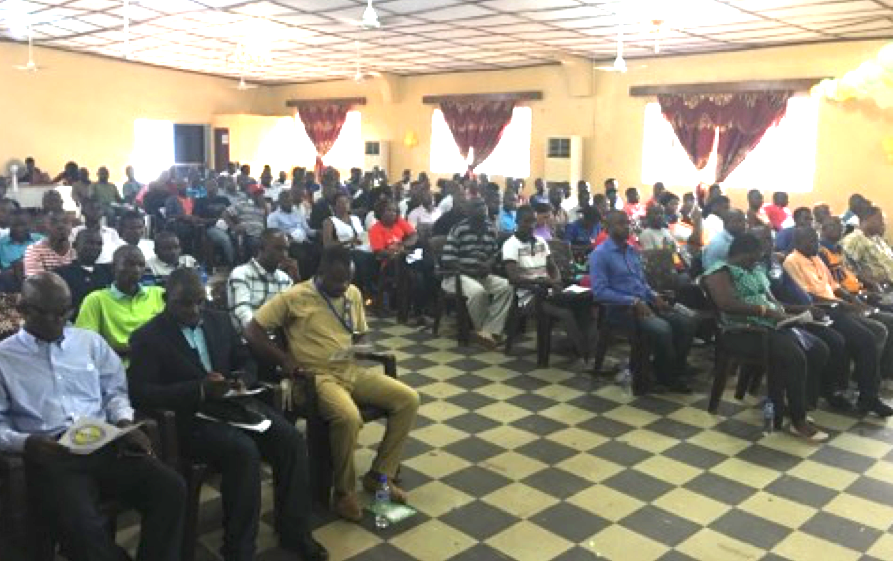 These assistants are expected to help the already professional Geo-Information Services Specialists on the field to carry out the mapping over a 10-month period.

The result from the mapping process is supposed to pave the way for the next census to be conducted in 2021.

The mapping is expected to start following the conclusion of a 24-day training of 200 geo-mappers currently being trained in Kakata, Margibi County.

Varfee Holmes, Public Affairs Director at LISGIS, told FrontPageAfrica that the field assistants will also be used to conduct the national census in Liberia.

“The field assistants will be responsible to carry out geographic mapping activities for the census; upon getting the green light from the legislature after they have set up a date for the census. The mapping exercise will be done as a roadmap leading to the actual census day,” Holmes noted.

He disclosed that the mapping of the country is part of the preliminary activities leading to the upcoming census to be conducted in 2021.

“We are supposed to start the first phase of those preliminary activities which include the mapping of the entire country. We will be capturing the 43,000 square miles of Liberia; capturing all of the structures, capturing reliefs and demography features in the different communities. Those are things that begin the exercise of the upcoming census to be conducted,” he noted.

He disclosed that the recruitment of the field assistants was done in all of the 15 counties. Over 200 persons were shortlisted to be trained.

Speaking further, Holmes said the statistics house is trying to catch up with time since the country has been lacking behind to conduct census since 2008.

He emphasized that Liberia is expected to conduct census before December 2024; adding: “Time is not in the country’s favor to conduct the census to meet up with international best practice.”

He added that Liberia has moved one step ahead in the GIS sector. “Liberia is ready to be on par with other advanced countries in the world. Liberia became ‘Geo-Referenced’ before nations like Nigeria, Senegal, Togo, among others. Liberia is moving one step further from topographic sheet to area photograph and satellite images among others.”

Also, the Director-General of LISGIS, Francis F. Wreh, said at the end of the training, he expects field assistants to be able to capture GPRS coordinates.  Also among of the works of the field assistants will be to demarcate small portions of land.

Also, the Director-General of LISGIS, Francis F. Wreh, said at the end of the training, he expects field assistants to be able to capture GPRS coordinates.

“For example, when we say GPRS coordinate, it means people should be able to locate the Kakata City Hall on GPRS even when they don’t know the place. This is the kind of work you guys are here to be trained to.”